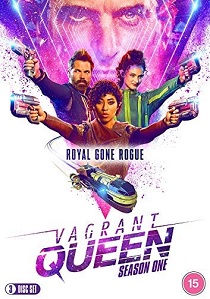 Former child queen Elida has been on the run since her mother was shot and killed by Commander Lazaro, the man responsible for bringing down their empire. A highly skilled fighter, Elida has been living in hiding and making ends meet as a scavenger while the unhinged Lazaro obsesses over tracking her down.

When Elida's old frenemy Isaac shows up with news that her mother is still alive, it takes the help of the technically savvy and optimistic Amae to escape Lazaro's army and begin the rescue mission across the galaxy. To save her mother the team must break into the heavily guarded region of space where Elida once ruled, and an encounter with a group loyal to her former throne forces her to finally stop running and face her past as a child queen.

Cannibalistic aliens, dangerous planets, shootouts, karaoke, and parking tickets complicate the journey further, and they don't have long before the increasingly deranged Lazaro catches up to them.

Containing all 10 episodes from Season One, Vagrant Queen is released on DVD and Blu-ray 13th July 2020 from Dazzler Media. 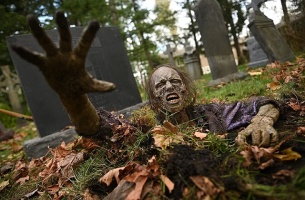 Day of the Dead: Season 1

HotDVDBD
Inspired by George A. Romero's 1985 masterpiece and one of the most popular horror franchises of all time, Day of the Dead is released on DVD and Blu-ray 5th September 2022 from Dazzler Media. END_OF_DOCUMENT_TOKEN_TO_BE_REPLACED
Comments
BD Releases News Pick

BD
After more than thirty years of service as one of the Navy's top aviators, Pete 'Maverick' Mitchell is back where he belongs as Top Gun: Maverick flies onto DVD, Blu-ray and 4K UHD 31st October 2022 from Paramount Home ... END_OF_DOCUMENT_TOKEN_TO_BE_REPLACED
Top PicksView