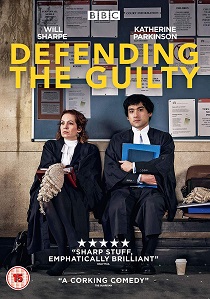 Starring BAFTA winner Katherine Parkinson (IT Crowd, Humans) and Will Sharpe (Flowers), and written by Kieron Quirke (Cuckoo), idealistic pupil barrister Will Packham is shown the ropes by his cynical, worldly-wise pupilmaster Caroline, in Defending The Guilty, released on DVD 28th October 2019 from BBC Worldwide.

Will wants to be a barrister. But so do his fellow trainees: posh moral vacuum Liam, angry class warrior Danielle, and superbrain oddball Pia. And there's only room in chambers for one of them.

Will's boss Caroline is a cold-blooded winner in a wig. The komodo dragon of the courts. She believes a barrister should burn to win, and isn't too fussed about justice.

The problem with Will is, well, he's just a bit too Hufflepuff. For Will, law is about helping people in need. But the more he learns about criminal law, the less anything looks black and white.

In this competitive world of moral greys, can Will's idealism survive?

Related Articles
Patrick Melrose, Doctor Foster: Series 2
The IT Crowd: The Ultimate Boxset, In The Club: Series 2, Humans, Inside No.9: Series 2, In The Club, The Honourable Woman, Inside No.9: Series 1, The Great Outdoors, Whites, The IT Crowd 4.0, The Guernsey Literary And Potato Peel Pie Society, Humans: Season 3, Hang Ups: Series 1, The Nan Movie
Hidden, Elfie Hopkins, The Great Outdoors, The Trouble With Maggie Cole
Flowers: Series 2
This Country: Series One & Two, This Country: Series 3
The Festival
For your consideration 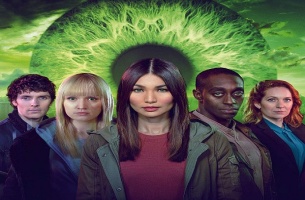 HotDVDTV
In Humans: Season 3, released on DVD 17th September 2018 from Spirit Entertainment, a year has passed since the synths gained consciousness and they're fighting to survive in a world that hates and fears them. END_OF_DOCUMENT_TOKEN_TO_BE_REPLACED
Comments
BD Releases News Pick