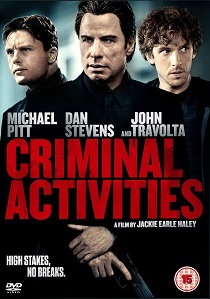 Action heavyweight John Travolta (Pulp Fiction) returns to the big screen in action-packed crime caper, Criminal Activities, which has received rave reviews in the US and now arrives on DVD for its UK debut courtesy of RLJ Entertainment.

Michael Pitt (Boardwalk Empire) and Dan Stevens (Downtown Abbey) star alongside Travolta in this story of big investments gone wrong, ruthless gangs and bloody kidnappings; with a finale that puts the twist in twisted, as deadly as it is unexpected.

When four friends make a life changing deal that goes awry, they trace their problems back to a notorious Mob boss who wants their heads. With a plan to kidnap the relative of a rival gangster, the friends might just be able to erase their menacing debt if they don't kill each other first.

Jackie Earle Haley (A Nightmare on Elm Street) makes his directorial debut and stars in this tightly paced crime thriller, which comes to DVD on 7th March 2016.

With its dark sense of humour and unapologetic violence, Criminal Activities has been compared to the likes of Pulp Fiction and Reservoir Dogs - but stops short of being mere imitation, with its cleverly developed surprises and brilliant twists, expertly delivered by Travolta and the stand out cast.

Criminal Activities will have you gripped right up until the thrilling climax. 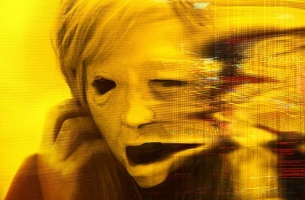 HotDVDBD
Possessor, released on DVD and Blu-ray 8th February 2020 from Signature Entertainment, follows an agent who works for a secretive organisation that uses brain-implant technology to inhabit other people's bodies and drive them to commit assassinations for high-paying clients. END_OF_DOCUMENT_TOKEN_TO_BE_REPLACED
Comments
Hot Pick

HotDVDBDDIGITAL
With stunning revelations, glamorous journeys, and the arrival of the Jazz Age, Downton Abbey: A New Era, released on DVD and Blu-ray 15th August 2022 from Warner Home Video, will be the Crawleys' biggest adventure yet as they grapple with their future and new intrigue about ... END_OF_DOCUMENT_TOKEN_TO_BE_REPLACED
Top PicksView