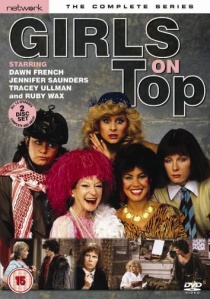 NewsTV SeriesComedy
News Article Go back to homepage
From the producer of The Young Ones and The Two Ronnies, Network is delighted to announce the release of the ITV sitcom Girls On Top The Complete Series, containing all thirteen episodes about the mismatched bunch of female flatmates, on 22nd January 2007.
Helen Lederer, Tracey Ullman, Joan Greenwood, Ruby Wax, Jennifer Saunders, Dawn French
Ed Bye, Paul Jackson
Trevor Walton, Allan McKeown, Paul Jackson
Network
Unknown
22/01/2007
Thank you for supporting DVD365.net when you order using the link(s) below. As an Amazon Associate we earn from qualifying purchases
Buy DVD
Information

From the producer of The Young Ones and The Two Ronnies, Network is delighted to announce the release of the ITV sitcom Girls On Top The Complete Series (15), containing all thirteen episodes about the mismatched bunch of female flatmates, on 22nd January 2007.

The nation's favourite comedienne Dawn French (French and Saunders, The Vicar of Dibley) stars as Amanda, who discovers the hard way that a Chelsea postcode doesn't come cheap. She has no alternative but to get three flatmates that will hopefully be in tune with her feminist values. Unfortunately, she strikes out on that score too and is lumbered with scheming disco diva Candice (Tracey Ullman - Three of a Kind, Ally McBeal ), crashing bore Jennifer (Jennifer Saunders - French and Saunders, Absolutely Fabulous) and motor-mouth, manic, spoilt brat American Shelley (Ruby Wax - Ruby Wax Meets). And then there is her frankly mad-as-a-hatter gin queen landlady (Joan Greenwood - The Importance of Being Earnest) who receives her daily exercise by taking her stuffed dog for a walk.

Revel in flatmate hell as they all try to further themselves at the expense of each other. With hilarious scripts written by French, Saunders and Wax, three of the leading lights in British alternative comedy, Girls On Top The Complete Series is one of the great all female British comedies and will appeal to all fans of the genre. The series also contains excellent cameos from talent including Helen Lederer, Robbie Coltrane, Harry Enfield, Hugh Laurie, Pauline Quirke, John Sessions, Arthur Smith and the Beverley Sisters. 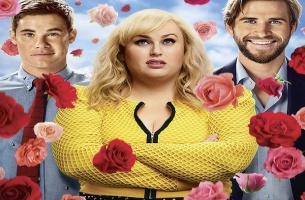 HotDVDDIGITAL
In Isn't It Romantic, released on DVD 27th July 2020 from Warner Home Video, Natalie, a lifelong love cynic, encounters a mugger that renders her unconscious, waking to discover that her life has become her worst nightmare - a romantic comedy. END_OF_DOCUMENT_TOKEN_TO_BE_REPLACED
Comments
BD Releases News Pick

BD
A 13-year-old girl named Meilin turns into a giant red panda whenever she gets too excited in Disney and Pixar's 25th feature film Turning Red, released on DVD, Blu-ray and 4K UHD 2nd May 2022 from Walt Disney Home ... END_OF_DOCUMENT_TOKEN_TO_BE_REPLACED
Top PicksView