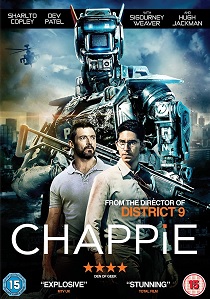 In the near future, crime is patrolled by a mechanized police force. When one police droid, Chappie, is stolen and given new programming, he develops the ability to think and feel for himself. When authorities begin to see him as a danger, they will stop at nothing to ensure he is the last of his kind. CHAPPiE also stars Dev Patel, NINJA and ¥O-LANDI VI$$ER, and Academy Award nominees Sigourney Weaver (Best Actress, Aliens, 1986) and Hugh Jackman (Best Actor, Les Misérables, 2012).

The Blu-ray features an exclusive bonus disc with all-new special features, including an alternate ending and nine behind-the-scenes featurettes with Sigourney Weaver, Hugh Jackman and Dev Patel discussing their characters and experiences on set; highlights about Chappie the robot; casting and motion capture; and an inside look at the film's high-action stunt sequences. Also available as part of the Limited Edition Blomkamp3 Collection, alongside District 9 and Elysium, on Blu-ray and DVD.

In the near future, crime is patrolled by an oppressive mechanized police force. But now, the people are fighting back. When one police droid, Chappie, is stolen and given new programming, he becomes the first robot with the ability to think and feel for himself. As powerful, destructive forces start to see Chappie as a danger to mankind and order, they will stop at nothing to maintain the status quo and ensure that Chappie is the last of his kind. 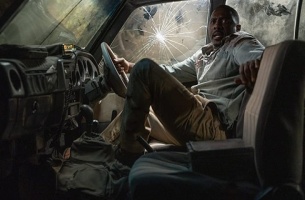