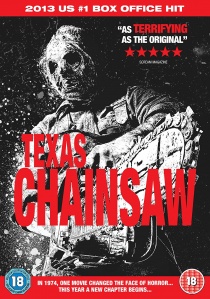 Lionsgate's Texas Chainsaw, the US #1 box office hit, picks up directly where the terrifying 1974 movie, The Texas Chainsaw Massacre ended, with the repercussions of Leatherface's shocking slayings. In the aftermath of Tobe Hooper's classic, the townspeople take dramatic action against the Sawyer family. They had long suspected that the family was responsible for several mysterious disappearances and had their suspicions confirmed when a young woman escaped the house. Word of the murders quickly spread, and a vigilante mob of enraged locals surrounded the Sawyer stronghold, burning it to the ground and killing every last member of the family - or so they thought.

Decades later and hundreds of miles away from the original massacre, a young woman named Heather learns that she has inherited a Texas estate from a grandmother she never knew she had. After embarking on a road trip with friends to uncover her roots, she finds she is the sole owner of a lavish, isolated Victorian mansion. But her newfound wealth comes at a price as she stumbles upon a horror that awaits her in the mansion's dank cellars...

The film is directed by John Luessenhop (Takers), from a screenplay by Adam Marcus & Debra Sullivan and Kirsten Elms, based on a story by Stephen Susco and Adam Marcus & Debra Sullivan and based on characters created by Kim Henkel and Tobe Hooper, and produced by Carl Mazzocone. Lionsgate presents a {I}Millennium Films{/I} production and Main Line Pictures production.

Texas Chainsaw is available on DVD, Blu-ray, 3D Blu-ray, and download to own and rent on 27th May 2013, courtesy of Lionsgate Home Entertainment UK. 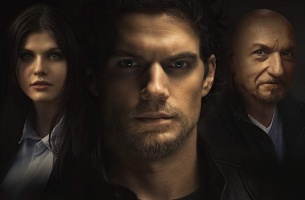 HotDVD
One of this year's darkest and most daring thrillers, combining the tense, psychological investigation of killer classics such as Silence of the Lambs and Zodiac, Night Hunter released on DVD 11th November 2019 from Signature Entertainment. END_OF_DOCUMENT_TOKEN_TO_BE_REPLACED
Comments
BD Releases News Pick