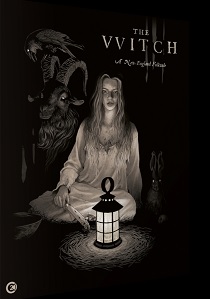 Robert Eggers' internationally lauded directorial debut feature The Witch (2016), features a spellbinding performance from a young Anya Taylor-Joy early on in a career that has seen her become a force to be reckoned with. Now this chilling, fear-filled film gets the highly anticipated Limited Edition 4K UHD/Blu-ray treatment, packed full of bonus features, courtesy of Second Sight Films.

This terrifying, enthralling horror has earned plaudits galore from across the globe, including the auspicious Sundance best director prize, along with a London Film Festival award and a double win at the Empire Awards and now gets a stunning, collectable box set release including both 4K UHD and Blu-ray versions, on 25th July 2022.

New England, 1630: An English farmer (Ralph Ineson - Game of Thrones, The Green Knight) - upon threat of banishment by the church - leaves his colonial plantation and relocates to a remote plot, surrounded by an ominous forest, with his wife (Kate Dickie - Prevenge, Red Road) and their children... But deep in the dark woods lurks an unknown evil.

Strange and unsettling things start to occur, animals turn malevolent, crops start to fail. Then one of the children disappears and another becomes worryingly sick, could he be possessed by an evil spirit? With mounting paranoia, suspicion falls on eldest daughter Thomasin (Joy - The Queen's Gambit, Last Night in Soho) and they accuse her of witchcraft... then darkness descends.

Related Articles
Prometheus, Prevenge, For Those in Peril, Shell, Outcast, In Somers Town, The Cry, Balance, Not Symmetry, The Green Knight
Split, Morgan, Thoroughbreds, The Secret Of Marrowbone, Glass, Playmobil: The Movie, Playmobil: The Movie, Radioactive, Emma, Radioactive, Last Night In Soho, The Northman
Great Expectations, The Selfish Giant, Secret State, Case Sensitive: Point of Rescue and The Other Half Lives
The Lighthouse, The Northman
For your consideration 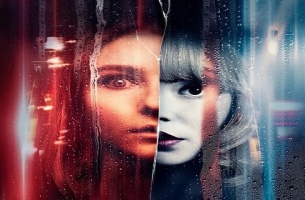 HotDVDBDUHD
From the acclaimed director of fan-favourites such as Baby Driver, Shaun of the Dead and The World's End comes the tribute to 1960s London in Last Night In Soho, available to own on DVD, Blu-ray and 4K UHD 31st January 2022 from Universal Pictures (UK). END_OF_DOCUMENT_TOKEN_TO_BE_REPLACED
Comments
DVD Releases News Pick