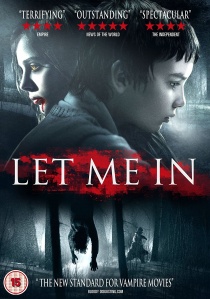 Icon Home Entertainment asks: Let Me In with the DVD and Blu-ray release of the haunting and provocative thriller on 14th March 2011, a critically acclaimed masterpiece that sets a new standard for Vampire movies.

Starring Chloe Moretz (Hit Girl in Kick-Ass) as Abby, Academy Award® nominee Richard Jenkins (The Visitor) as The Father, Kodi Smit-Mcphee (The Road) as Owen and written and directed by the celebrated Matt Reeves (Cloverfield), Let Me In is based on the best-selling Swedish novel Låt den Rätte Komma In (Let The Right One In) by John Ajvide Lindqvist. It has been universally lauded by critics and fully cements Moretz's position as the most exciting young actress of recent years.

Abby (Moretz) is a mysterious twelve year old who moves next door to Owen (Smit-Mcphee), a social outcast who is viciously bullied at school. In his loneliness, Owen forms a profound bond with his new neighbour, but he can't help noticing that Abby is like no-one he has ever met before. As a string of grisly murders grips his wintry New Mexico town, Owen has to confront the reality that this seemingly innocent girl is actually a savage vampire.

Let Me In marks the return of legendary British horror brand Hammer Films and is the first movie from the studio in over 30 years. The film is scored by Academy Award®, Emmy® and Grammy® winning composer Michael Giacchino (Up, Lost) and compliments this very different kind of vampire movie.

A poignant coming-of-age story as well as bone-chilling horror, it is also a haunting mediation on the difficult and often painful transition into adolescence. Evocative and gory yet touching, Let Me In is a modern classic and both the Blu-ray and DVD will be accompanied by a spellbinding array of special features.

Related Articles
The Shape Of Water, Turbo, The Shape of Water, Lullaby, Olive Kitteridge, White House Down, Jack Reacher, Liberal Arts, Killing Them Softly, The Cabin In The Woods, The Rum Diary, Friends With Benefits, Step Brothers, Intolerable Cruelty, Me, Myself and Irene, One Night at McCool's, The Rum Diary, Nightmare Alley
War for the Planet of the Apes, Dawn of the Planet of the Apes, Cloverfield, The Batman
From Other Worlds, Paper Towns, Beer League, The Hulk: Special Edition
Slow West, Bad Land: Road To Fury, The Congress, Dawn of the Planet of the Apes, Romeo & Juliet, Paranorman, The Road, Alpha, X-Men: Dark Phoenix, Chronical: 2067
Teenage Mutant Ninja Turtles: The Movie Collection, Dream House, Defendor, The Fourth Kind, Shooter, Gattaca, Lost Souls, The Thin Red Line, Crash, The Thin Red Line: The Criterion Collection, Shooter
For your consideration 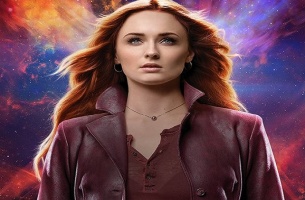 HotDVDBD3D-BDUHD
An ancient evil is unleashed after centuries of captivity and her lust for revenge threatens to destroy the world in The Mummy, a spectacular saga coming to 4K Ultra HD, 3D Blu-ray, Blu-ray, DVD and On Demand on 23rd October 2017 from Universal Pictures (UK). END_OF_DOCUMENT_TOKEN_TO_BE_REPLACED
Top PicksView