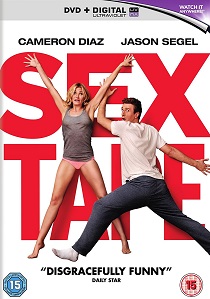 Sex Tape, starring Cameron Diaz and Jason Segel, arrives 26th December 2014 on Blu-ray, DVD and Digital HD from Sony Pictures Home Entertainment. The funny and salacious comedy reunites Diaz (Bad Teacher) with Segel (How I Met Your Mother) as a married couple, who after 10 years, two kids and crazy work schedules, long for the good old days. In an effort to reignite the spark in their love life, one night of crazy fun turns into a wild adventure, as they try to track down and delete a sex tape that has accidentally been uploaded to "the cloud". The ensemble cast also includes Rob Corddry (Childrens Hospital), Ellie Kemper (The Office) and Rob Lowe (Parks and Recreation).

Bonus features include all-new featurettes, giving fans an intimate look at the film's production. Diaz and Segel discuss what it was like to film their characters' infamous sex scene, including all the awkwardness in "Capturing the Moment" and Rob Lowe gives an in-depth tour of his character's renowned art collection in "Meet Hank Rosenbaum". Exclusively available on Blu-ray are bloopers, deleted and extended scenes, as well as an additional all-new featurette,the "Romance Reboot with Dr. Jenn Berman", presenting a few romance remedies for audiences to try at home. Also included on the Blu-ray is "Line-O-Rama", exposing the audience to different takes during some of the film's funniest moments.

Jay (Segel) and Annie (Diaz) are a married couple still very much in love, but ten years and two kids have cooled the passion. To get it back, they decide - why not? - to make a video of themselves trying out every position in The Joy Of Sex in one three-hour marathon session. It seems like a great idea until they discover that their most private video has gone public. In a panic, they begin a wild night of adventure - tracking down leads, roping in friends and duping Annie's boss - all to reclaim their video, their reputation, their sanity and, most importantly, their marriage.

Related Articles
Jumanji: Welcome to the Jungle, Jumanji: Welcome To The Jungle, New Girl: Season 3, New Girl: Season 2, New Girl: Season 1, Bad Teacher, Jumanji: The Next Level
Smurfs: The Lost Village, The Secret Life of Pets, Say When, The Secret Life of Pets 2
Monster Trucks, Crazy Six, The Outsiders, I Melt With You, The Outsiders, The West Wing: Season 7, Wild Bill, The Outsiders: The Complete Novel, Parks and Recreation: The Complete Series
The End Of The Tour, How I Met Your Mother: Series 8, This is 40, The Five Year Engagement, How I Met Your Mother: Season 7, Jeff Who Lives At Home, The Muppets, Bad Teacher, Gulliver's Travels, Despicable Me, How I Met Your Mother: Season 5, Forgetting Sarah Marshall, Knocked Up, Knocked Up
Cedar Rapids, Ballers: Season 1, Escape from Planet Earth, In A World..., Pain & Gain, Warm Bodies, Hot Tub Time Machine, Harold & Kumar Escape From Guantanamo Bay, What Happens in Vegas, Ballers: Season 4
Annie, The Other Woman, The Counsellor, What To Expect When You're Expecting, Bad Teacher, The Green Hornet, Knight and Day, The Box, What Happens in Vegas, The Holiday: Gift Edition, Being John Malkovich, Charlie's Angels, Charlie's Angels - Full Throttle, The Mask, My Best Friends Wedding, Shrek, Being John Malkovich, Fear and Loathing in Las Vegas, My Sister's Keeper, Shrek: 20th Anniversary
The Babymakers, The Slammin' Salmon
For your consideration 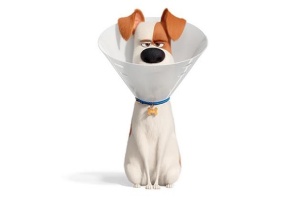 HotDVDBDUHD
Continuing the story of Max and his pet friends, following their secret lives after their owners leave them for work or school each day, The Secret Life of Pets 2 arriving 7th October 2019 on 4K Ultra HD, Blu-ray and DVD from Universal Pictures (UK). END_OF_DOCUMENT_TOKEN_TO_BE_REPLACED
Comments
UHD Releases News Pick