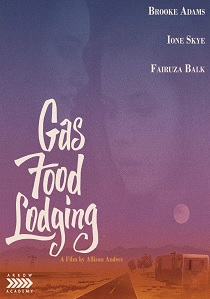 Adapted from the novel Don't Look and It Won't Hurt by Richard Peck, Allison Anders (Grace of My Heart) whipped up a storm at the 42nd Berlin International Film Festival with her masterfully crafted tale of a young woman trying to find love while struggling to bring up her two daughters.

Their life is turned on its head when Trudi finds that she has fallen pregnant after a string of promiscuous relationships and the girls' absent father returns with hopes of mending the relationships he broke when he left.

A wonderfully engaging story of the woes of teenagers reaching adulthood, Gas Food Lodging, released on Blu-ray 12th November 2018 from Arrow Academy, is a distinctly American portrayal of a mother trying to raise two wayward teens with growing pains, who are learning about love, life and each other.

Related Articles
The Amityville Horror, The 33, Sisters, Capricorn One, The Car, Last Chance Harvey, Catch Me If You Can, Catch Me If You Can, Lightyear, Lightyear
Jack Reacher: Never Go Back, Hard Target 2, Code Name: Geronimo, Transporter 3, Prison Break: Season 3, Prison Break: Season 3, Hitman: Extreme Edition
From Other Worlds
River's Edge
Grace Of My Heart
Invasion of the Body Snatchers
Bad Lieutenant
For your consideration 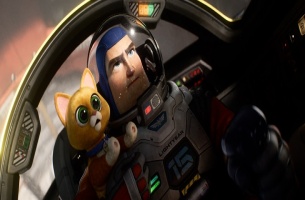