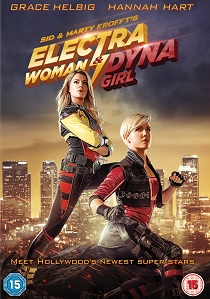 Hannah Hart and Grace Helbig previously teamed up for the iTunes Top 10 feature film Camp Takota and their live tour #NoFilter has been selling out domestically and internationally. Hart and Helbig have a combined social following that exceeds 10MM.

Electra Woman & Dyna Girl follows two superheroes, 'Electra Woman' (Grace Helbig) and 'Dyna Girl' (Hannah Hart), as they move from Akron to Los Angeles in hopes of making it big in the crime fighting world, only to find competition with other vigilantes and infighting amongst themselves.