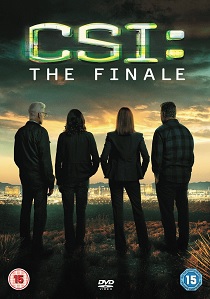 When multiple bombs incite terror in Las Vegas, the shockwaves reach far and wide as CSI: The Finale is released on DVD by Entertainment One on 23rd May 2016.

BD
After moving to a new town, two brothers discover that the area is a haven for vampires as the classic The Lost Boys is released on 4K UHD 20th September 2022 from Warner Home Video. END_OF_DOCUMENT_TOKEN_TO_BE_REPLACED
Top PicksView