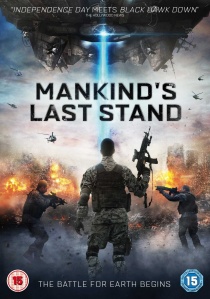 In 2033, mankind has barely survived a war against an alien force known as "Heavies". Now, with the planet battered and scorched, military forces fight against the last surviving Heavies who remain on Earth.

When a documentary crew joins an elite band of soldiers at the dangerous Outpost 37, they soon discover the alien menace is planning a second invasion - and they're the only ones who can stop it and ensure the survival of humankind!

DVD
In Brian And Charles, released on DVD and Blu-ray 10th October 2022 from Mediumrare, an inventor lives alone in a remote village in the countryside, inventing useless things out of found objects in his garage. That is until ... END_OF_DOCUMENT_TOKEN_TO_BE_REPLACED
Top PicksView