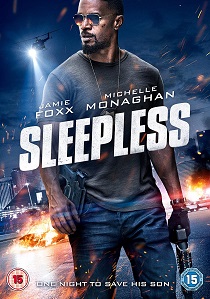 Jamie Foxx (Django Unchained, White House Down) stars as an undercover homicide detective seeking revenge on his son's kidnappers in the must-see action film Sleepless, available on Blu-ray and DVD 11th September 2017 from Entertainment One.

Undercover police officer Vincent Downs (Foxx) thrives in the high stakes web of corrupt cops and the mob-controlled casino underground of Las Vegas. But when a heist goes wrong and a crew of homicidal gangsters kidnaps Downs' teenage son, he must evade an internal affairs investigation, rescue his son, and bring the kidnappers to justice all in one sleepless, pulse-pounding night. 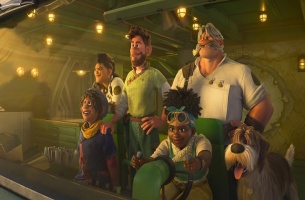 HotDVDBD
The legendary Clades are a family of explorers whose differences threaten to topple their latest and most crucial mission as Strange World lands on DVD and Blu-ray 6th February 2023 from Walt Disney Home Entertainment. END_OF_DOCUMENT_TOKEN_TO_BE_REPLACED
Comments
DVD Releases News Pick