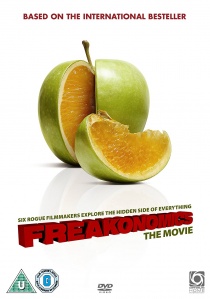 Released by Optimum Home Entertainment on 3rd January 2011 and based on the runaway best-seller Freakonomics, this documentary teams such acclaimed filmmakers as Morgan Spurlock (Super Size Me), Alex Gibney (Taxi To The Dark Side), and Seth Gordon (The King Of Kong: A Fistful Of Quarters) to look at human behaviour from a perspective of incentives and statistics.

Conventional wisdom gets caught in the crosshairs when Jesus Camp co-directors Heidi Ewing and Rachel Grady explore how underachieving kids respond when they're rewarded for hard work with greenbacks; Gibney throws open the curtain on sumo wrestling; Spurlock examines how baby names can affect a child's development; and Why We Fight director Eugene Jarecki offers a troubling hypothesis on why the early - '90s saw some of the lowest crime rates of the latter 20th century.

Related Articles
Baywatch, Identity Thief, Four Christmases, The Good Doctor: The Complete Season One
Broken City, Broken, In a Valley of Violence, Mr Right, Tangerine, Sinister 2, Sinister, The Son Of No One, IT Chapter Two
The Armstrong Lie, Gonzo, Taxi To The Dark Side
The Cosby Show: Season 4
Where In The World Is Osama Bin Laden?, Tartan: Documentary Essentials - Protest
For your consideration 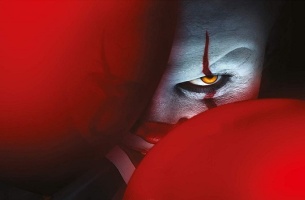 HotDVDBDUHD
Evil resurfaces in Derry as director Andy Muschietti reunites the Losers Club in a return to where it all began with IT Chapter Two, the conclusion to the highest-grossing horror film of all time, arriving on 4K UHD, Blu-ray and DVD 13th January 2020 from Warner Home Video END_OF_DOCUMENT_TOKEN_TO_BE_REPLACED
Comments
Hot Pick

HotDVDBDDIGITAL
With stunning revelations, glamorous journeys, and the arrival of the Jazz Age, Downton Abbey: A New Era, released on DVD and Blu-ray 15th August 2022 from Warner Home Video, will be the Crawleys' biggest adventure yet as they grapple with their future and new intrigue about ... END_OF_DOCUMENT_TOKEN_TO_BE_REPLACED
Top PicksView