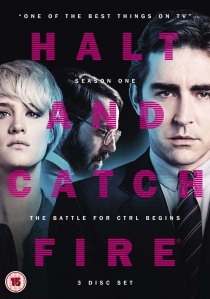 Set at the dawn of the PC-era, Halt and Catch Fire, released on DVD by Entertainment One on 11th May 2015, follows three unlikely mavericks in the race to build a computer that will revolutionise the modern world.

When former IBM executive Joe MacMillan (Lee Pace) plans to reverse engineer IBM's flagship product in the hope of producing a smaller and faster PC, he enlists the help of engineer Gordon Clark (Scoot McNairy) and volatile prodigy Cameron Howe (MacKenzie Davis) who between them put their personal and professional lives at risk in the hope of revolutionising the market.

In this series, the visionaries find themselves facing an intimidating lawsuit from a persistent corporate behemoth. Meanwhile, when the team prepare to show off their revolutionary work at the computer expo COMDEX, Gordon has to deal with his past failures after the computer he designed with his wife Donna (Kerry Bishé) flopped at the show two years before. 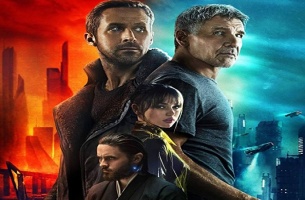