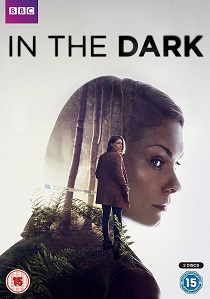 In The Dark, the new four-part drama by Bafta-winning writer Danny Brocklehurst (Ordinary Lies, The Driver, Exile), is released on DVD by BBC Worldwide on 7th August 2017.

Adapted from the books by best-selling novelist Mark Billingham, In The Dark centres around the engaging and complex female detective Helen Weeks (Myanna Buring, Ripper Street) in two separate stories, split over 4 episodes.

When the husband of an estranged school friend is accused of abduction, Helen must return to her home town and confront her painful past. And when a brutal tragedy drags her into Manchester's dark criminal underbelly, she is forced to question even her closest relationships. Even if you love someone, can you ever really know them.

In The Dark is an incredibly personal drama series. With visceral emotional dilemmas at the epicentre of the crime stories, it is anchored on Helen Weeks and her journey towards motherhood.