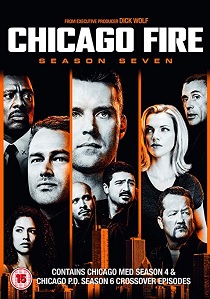 The hit series from Primetime Emmy® Award-winning executive producer Dick Wolf continues to follow the firefighters, rescue squad and paramedics of Chicago Firehouse 51 as they put their lives on the line to save lives and protect their great city. Captain Matthew Casey (Jesse Spencer) resumes command of the truck company while Lt. Kelly Severide (Taylor Kinney) heads the rescue squad.

Major changes are in store for Firehouse 51 with the departure of a beloved member of the crew and the addition of someone new who struggles to acclimate to life within the tightknit firehouse family.

DVD
From the acclaimed director of fan-favourites such as Baby Driver, Shaun of the Dead and The World's End comes the tribute to 1960s London in Last Night In Soho, available to own on DVD, Blu-ray and 4K UHD 31st January 2022 ... END_OF_DOCUMENT_TOKEN_TO_BE_REPLACED
Top PicksView