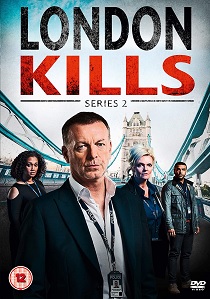 Following the huge success of the first series of London Kills, the hit series returns to the BBC for its second exciting instalment. The crack team of detectives take on more of the capital's worst crimes, as they struggle with their own demons and are forced to address shocking concerns in their most difficult case to date.

London Kills: Series 2 is set to arrive on DVD and digital on 6th April 2020 from Acorn Media International alongside the Series 1 & 2 Box set, following its run on BBC One.

The new series brings a host of new heinous crimes to the squad - skeletal remains dug up in the garden of a student house, the brutal murder of a pub landlord, a teenage au pair found dead in a very compromising position, the doubleshooting of a father and son - but as the detectives get to the heart of each case there's still one mystery that they still can't solve... the disappearance of David's wife Sarah.

As things heat up, Vivienne and Rob become more and more suspicious of David's account of his whereabouts on the night Sarah disappeared. The further they pursue the investigation, the more they begin to think the unthinkable - did the Detective Inspector murder his wife?

Created by crime TV maestro Paul Marquess (The Bill, Crime Stories and Suspects), London Kills is a true nail-biter that will have you hooked. 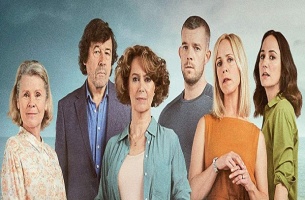