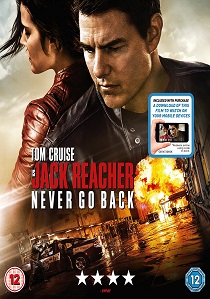 "Tom Cruise is better than ever" (Pete Hammond, Deadline) in the "breathlessly exhilarating" (Simon Thompson, Forbes) action-thriller Jack Reacher: Never Go Back, which hits the road on 4K Ultra HDT, Blu-ray, DVD and On Demand on 27th February 2017 from Paramount Home Media Distribution and Universal Pictures (UK). A Jack Reacher Two Movie Collection will be released on Blu-ray and DVD on the same date. Hailed as "a fun action-packed ride" (Peter Travers, Rolling Stone), fans can be the first to get Jack Reacher: Never Go Back two weeks early on Digital on 13th February 2017.

Jack Reacher (Tom Cruise) returns to enforce his bold brand of justice in the action-packed sequel based on author Lee Child's best-selling series. When Army Major Susan Turner (Cobie Smulders) is framed for treason, Reacher discovers she's the target of a massive government conspiracy. With help from Turner and a mysterious new ally, Reacher risks everything to take down a powerful organisation that will stop at nothing to protect its secrets.

The Jack Reacher: Never Go Back Ultra HD and Blu-ray editions are loaded with over 80 minutes of exciting bonus content, including in-depth interviews with the cast and crew, plus detailed explorations of Lee Child's iconic character, filming on location in Louisiana, the intense action sequences and much more. 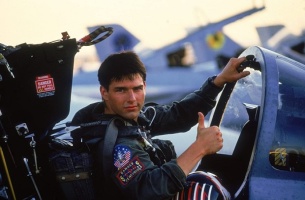