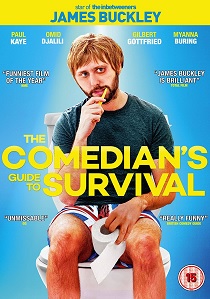 NewsComedy
News Article Go back to homepage
When you hit rock bottom, the only thing left to do is stand-up, as demonstrated in the hilarious The Comedian's Guide To Survival, coming to DVD from 31st October 2016, courtesy of Signature Entertainment.
James Buckley, Paul Kaye, MyAnna Buring, Tim McInnerny, Mark Heap
Mark Murphy
Alan Latham, Mark Murphy
Signature Entertainment
1 hour 36 minutes
31/10/2016
TheComediansGuideToSurvival
Thank you for supporting DVD365.net when you order using the link(s) below. As an Amazon Associate we earn from qualifying purchases
Buy DVD
Information

When you hit rock bottom, the only thing left to do is stand-up, as demonstrated in the hilarious The Comedian's Guide To Survival, coming to DVD from 31st October 2016, courtesy of Signature Entertainment.

Struggling comedian James Mullinger (based on the eponymous, real-life comedian) has come to a crossroads in his life; no one wants to see him perform, his wife is fed up, and his day time boss has given him an ultimatum - take a promotion and never do stand up again, or stick to the comedy and lose his job. To add salt to the wound, his boss, the editor of COQ Magazine, wants him to interview the greatest comedians in the UK and North America for an upcoming comedy special.

Recalling his own worst performances and the disasters that followed, James analyses where it all went wrong, and finds himself steering the interviews to his own interests, rather than those of the magazine's. Through spending time with his former heroes, a faint glimmer of his passion for stand-up comedy begins to stir again... 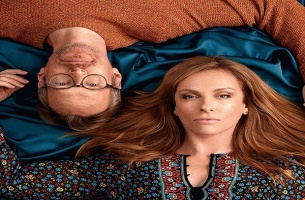 HotDVDTV
Is monogamy outdated? Can you love more than one person? Wanderlust, released on DVD 15th October 2018 from BBC Worldwide, is a warm and witty look at love, lust and relationships in all their incarnations. END_OF_DOCUMENT_TOKEN_TO_BE_REPLACED
Comments
BD Releases News Pick