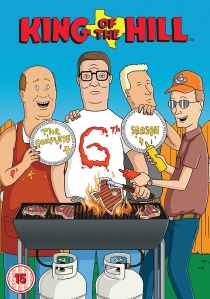 They're back! Hank Hill, his wife Peggy, son Bobby, niece Luanne, pals Dale, Bill and Boomahuer as groundbreaking US grown-up animated sitcom King of the Hill returns to DVD.

After a lengthy wait for fans of Mike Judge's show, it finally returns to DVD as all of the unreleased seasons from six to thirteen premiere in 2015 starting in June, courtesy of Mediumrare Entertainment.

The exploits of propane salesman Hank Hill and his family, his eccentric friends and the rest of the inhabitants of Arlen, a small town in Texas, ran on US TV screens for 14 years, making it the third longest-running adult animated series ever, bested only by The Simpsons and South Park.

King of the Hill was the second animated outing created by Mike Judge, after the huge success of Beavis and Butt-head. Focusing on another strand of suburban Americana, it paints a realistic view of everyday life in Nowheresville USA, its comedy coming from the clash between Hank's old-fashioned view of life and the influence of modern life in America.

Running for 13 seasons, it drew plaudits, awards and a cult following, including celebrity fans, many of whom provided the voices for the inhabitants of Arlen.

After a long hiatus, the never-released-before King of the Hill Seasons 6 and 7 are released separately as two box sets on 29th June 2015, with Seasons 8 and 9 premiering as separate box sets a month later on 27th July 2015 with Seasons 10 to 13 dates to be confirmed.

So get ready to march up the hill for a hefty helping of what Time magazine called "most acutely observed, realistic sitcom about regional American life bar none". 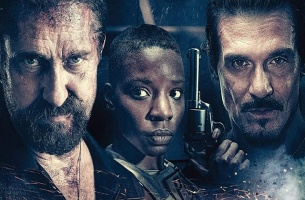