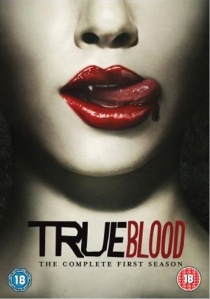 True Blood is the show that has everyone licking their lips in heightened anticipation for their sexy vampire fix that's overflowing with romance, lust, fang bangers, addiction, horror and power games. This new dark, hot and sexy, smash hit show from HBO delves into the meticulously-crafted world of novelist Charlaine Harris, tackling socio-political issues in a distinctly humorous way.

Described as 'popcorn for smart people' and 'Twilight for adults', True Blood marks the first simultaneous DVD and Blu-ray release from HBO. Already a sensation in the US, where Anna Paquin won a Best Actress Golden Globe® for her portrayal of Sookie Stackhouse, True Blood has already made its fang marks on the flesh of British viewers pulling in huge audiences on FX and threatening to glamour millions more when it debuts on Channel 4 in October. Feeding our fascination for vampires the series occupies the lascivious world of the dead in the provocative setting of the American Deep South.

Thanks to a scientist's invention of synthetic blood, vampires have progressed from legendary monsters to fellow citizens overnight and while humans have been safely removed from the menu, many remain apprehensive about these creatures "coming out of the coffin." Religious leaders and government officials around the world have chosen their sides, but in the small Louisiana town of Bon Temps, the jury is still out.

Sookie Stackhouse (Paquin), waitress at Merlotte's bar, knows how it feels to be an outcast. Cursed with the ability to listen in on people's thoughts, she's also open-minded about the integration of vampires - particularly when it comes to Bill Compton (Moyer), a handsome 173-year-old living up the road. But as Sookie is drawn into a series of mysteries surrounding Bill's arrival in Bon Temps, that tolerance is put to the test.

The colourful cast of characters populating this small town also includes Jason Stackhouse (Kwanten), Sookie's sexy brother who works construction by day, but pursues his true calling at night, methodically working his way through every attractive woman in Bon Temps. Sam (Sam Trammel), owner of Merlotte's is hiding some secrets of his own which might explain his mysterious disappearances. The sassy Tara (Rutina Wesley) who's quick to anger and has an acid tongue has a secret crush on Jason and is deeply concerned about her best friend Sookie's entanglements with vampire Bill and has an alcoholic mother to cope with. Then there's Lafayette, Tara's cousin and flamboyant cook at Merlotte's who flips burgers in his club clothes and eye make-up but has shady businesses as a 'V' dealer and erotic performer.

The Blu-ray and DVD sets are packed with special features including audio commentaries with Alan Ball, Anna Paquin and Stephen Moyer, the writers and directors. The Blu-ray contains even more bonus material including an enhanced viewing mode with picture in picture and episodic recaps and previews. 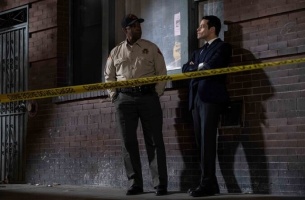 HotDVDBDDIGITAL
In The Little Things, released on DVD and Blu-ray 10th May 2021 from Warner Home Video, Kern County Deputy Sheriff Joe "Deke" Deacon is sent to Los Angeles for what should have been a quick evidence gathering assignment. Instead, he becomes embroiled in the search for a ... END_OF_DOCUMENT_TOKEN_TO_BE_REPLACED
Comments
BD Releases News Pick