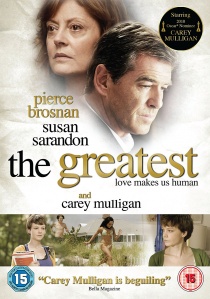 One of the standout films previewed at the 2009 Sundance Film Festival, The Greatest proved to be a huge hit with audiences there and was hailed by none other than the festival's Director, Geoff Gilmore, as "an enormously moving, intelligent exploration of pain and grieving, a film that will touch you and stay with you."

When their eldest teenage son, Bennett (Johnson), is killed in a car accident the once idyllic lives of Allen (Brosnan) and Grace Brewer (Sarandon) and their younger son Ryan (Johnny Simmons) are uniformly shattered. The deep grief felt by each individual sees Grace becoming obsessed with the most minute details of her son's final moments, Allen seeking comfort in the mathematical problems encountered in his profession as a college tutor and Ryan turning to drugs as his only crutch. Quite unexpectedly, Rose (Mulligan), a young woman who survived the crash in which Bennett died, appears on their doorstep claiming that she is carrying his unborn child. 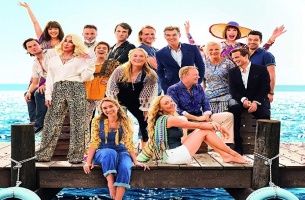 HotDVDBDUHD
Bring family and friends together and have the time of your life with Mamma Mia! Here We Go Again, the all-new smash-hit romantic comedy based on the songs of ABBA, released on DVD, Blu-ray and 4K UHD 26th November 2018 from Universal Pictures (UK ... END_OF_DOCUMENT_TOKEN_TO_BE_REPLACED
Comments
BD Releases News Pick