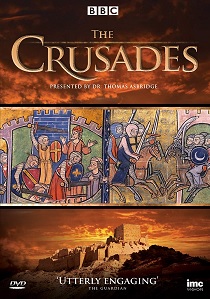 Bloody and brutal, the Crusades were meant to be the religious wars to end all others. Except they didn't, their history has been hijacked by politics and religious fervour, with both Muslim and Western world's misunderstanding the truth. This series sets out to shed new light on these legendary wars, and re-analyse the romanticised, idealised history to find out what really happened eight centuries ago.

Through archaeological research, fresh scrutiny of the ancient battle sites and by re-examining the eyewitness accounts: this fascinating series presented by Dr. Thomas Asbridge takes us through a sequence of brutal events that define the Crusades and is changing the way we think about these events.

The Crusades is released on DVD 16th July 2018 from IMC Vision.