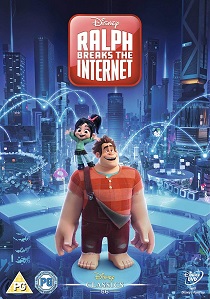 In the hilarious, highspeed sequel to 2012's Oscar®-nominated Wreck-It Ralph, the besties risk it all by traveling to the expansive, fast-paced world of the internet in an action-packed attempt to save Vanellope's game Sugar Rush.

Ralph Breaks the Internet arrives with a wide-range of exclusive extras, taking fans behind the scenes at Walt Disney Animation Studios to explore how artists created the film's vibrant version of the internet - from comical cat videos to the intense online game Slaughter Race to shady characters on the Dark Net. Features also reveal some Easter eggs - inside jokes and references to other Disney films and characters hidden throughout the film - and filmmakers introduce some never before revealed deleted scenes.

Lending a virtual hand to Ralph and Vanellope is Shank, voiced by Gal Gadot, a tough-as-nails driver from a gritty online auto-racing game called Slaughter Race, a place Vanellope wholeheartedly embraces - so much so that Ralph worries he may lose the only friend he's ever had. Yesss, voiced by Taraji P. Henson, the head algorithm and the heart and soul of the trend-making site BuzzzTube, makes Ralph a viral sensation. Jack McBrayer and Jane Lynch return as the voices of Fix-It Felix Jr. and Sergeant Calhoun, respectively. Lots of exciting cameos are also featured in the film including a scene that reunites all of the original (living) Disney Princess voice cast. 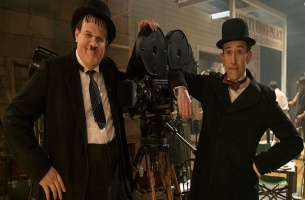 DVD
Tom Hardy returns as the lethal protector Venom, one of Marvel's greatest and most complex characters in Venom: Let There Be Carnage, available on 4K Ultra HD, Blu-ray and DVD on 3rd January 2022 from Sony Pictures Home ... END_OF_DOCUMENT_TOKEN_TO_BE_REPLACED
Top PicksView