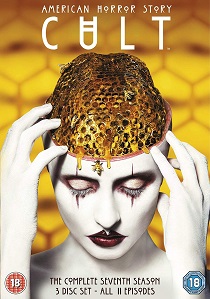 Surrender your will to the 7th season of TV's most terrifying series, American Horror Story. The hit anthology horror drama series created by Ryan Murphy and Brad Falchuk blasts into its seventh season mixing real life events and characters with a searing satire on the post-2016 election landscape of the USA - with nerve-shattering results. Featuring dazzling performances from Emmy-award winner Sarah Paulson, Alison Pill and Evan Peters.

It is post-election 2016, and Ally Mayfair-Richards, a Michigan woman plagued by phobias, attempts to find happiness as a restaurateur alongside her chef wife and son. But Ally's family - and her grip on reality - are threatened by the arrival of Kai Anderson, a politically motivated cult leader who's plotting an unthinkable mass murder.

Smartly written and addictive, American Horror Story: Cult is a scrumptious scare-fest served up with social commentary, pinky swearing, clown suits and gas lighting, this is a biting satire mixed with a hefty amount of frights that fans will gobble up. If you haven't joined the cult yet, now's the time. 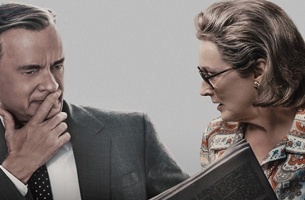 HotDVDBD
OSCAR® winners Steven Spielberg, Meryl Streep, and Tom Hanks team up for the first time in The Post, the thrilling film based on a true story, coming to Blu-ray and DVD 21st May 2018 from Entertainment One. END_OF_DOCUMENT_TOKEN_TO_BE_REPLACED
Comments
Hot Pick