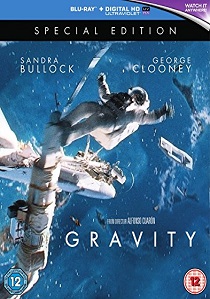 The three new bonus features include Gravity: Silent Space, a surprising cinematic experience with an introduction by Oscar®-winning director Alfonso Cuaron; documentary Looking to the Stars: The Evolution of Space; and Sandra's Birthday Wish, Bullock's on-set birthday wishes to Cuaron.

Dr. Ryan Stone (Bullock) is a brilliant medical engineer on her first shuttle mission, with veteran astronaut Matt Kowalski (Clooney) in command. But on a seemingly routine mission, disaster strikes. The shuttle is destroyed, leaving Stone and Kowalski completely alone-tethered to nothing but each other and spiraling out into the darkness. The deafening silence tells them they have lost any link to Earth... and any chance for rescue. As fear turns to panic, every gulp of air eats away at what little oxygen is left. Ultimately, the only way home may be to go further out into the terrifying expanse of space. 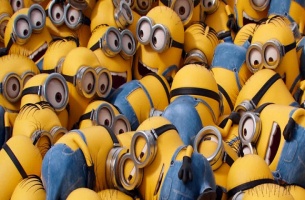 HotDVDBD3D-BDUHD
The breakout stars the world fell in love with in Universal Pictures and Illumination Entertainment's Despicable Me global film franchise headline their own movie for the first time in Minions, available on 3D Blu-Ray, Blu-ray and DVD on 16th November 2015 from Universal ... END_OF_DOCUMENT_TOKEN_TO_BE_REPLACED
Comments
UHD Releases News Pick