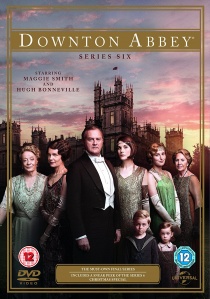 We return to the sumptuous setting of Downton Abbey for the sixth and final season of this internationally acclaimed hit drama series. As our time with the Crawleys begins to draw to a close and we see what will finally become of them all, the family, and the servants who work for them, remain inseparably interlinked as they face new challenges and begin forging different paths in a rapidly changing world.

Secrets and rifts threaten the unity of the family, while those below stairs continue to navigate social changes which put their futures in jeopardy. The final season of the multi-award winning series follows all our favourite characters as they strive to find happiness once and for all. Will Mary choose the right path? Will her sister Edith finally get a break? Will Carson and Mrs Hughes actually make it up the aisle? And will Anna and Bates overcome the many hurdles that have been set before them? This season offers all the highs and lows, joy and sorrow, that viewers across the globe have grown to love, with the added excitement of discovering how it all wraps up and it should be the most wonderful and satisfying season yet.

HotUHD
Now more stunning than ever before, return to the stunning locations and epic adventures in Peter Jackson's Middle-earth in The Lord of the Rings Trilogy, arriving on stunning 4K UHD 30th November 2020 from Warner Home Video. END_OF_DOCUMENT_TOKEN_TO_BE_REPLACED
Top PicksView