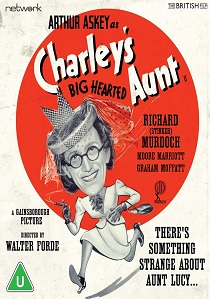 Threatened with being sent down (expelled) from their college at Oxford after the latest in a series of high-spirited hi-jinks and miscellaneous delinquency, friends Arthur, Stinker and Albert hit upon a seemingly ingenious ruse.

The Dean is a keen Egyptologist and desperate to secure funding for his own dig in the middle-Eastern desert; meanwhile, Albert's aunt is very wealthy and affords him a generous allowance.

Whilst the allowance itself may not be enough to fund an archaeological expedition, the trio convince the Dean that his dear Aunt Lucy is a budding patron of Egyptology, in search of a project to fund; and if she were to be upset by the expulsion of her beloved nephew and the two best friends he grew up with, she mightn't be so keen.

Bubbling with promise - after all, they need only string the ruse out for another term until their studies are completed regardless - the boys set about making the plot come to fruition. Unfortunately the Dean is soon very keen to meet his potential benefactor, and a spot of dress-up is called for.

Charley's Big-Hearted Aunt is released on DVD and Blu-ray 16th August 2021 from Network.

HotDVDBD3D-BDUHD
The grave course of events set in motion by Thanos that wiped out half the universe and fractured the Avengers ranks compels the remaining Avengers to take one final stand in Marvel Studios', Avengers: Endgame, released on DVD, Blu-ray, 3D Blu-ray and 4K-UHD 2nd September 2019 from Walt Disney Home Entertainment. END_OF_DOCUMENT_TOKEN_TO_BE_REPLACED
Top PicksView