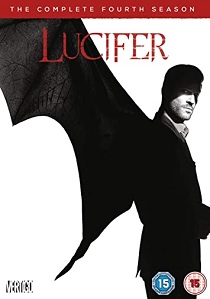 The charismatic, handsome Lucifer Morningstar returns, resurrected after Season Three's wicked cliff-hanger. His unofficial partner in crime-solving and affairs of the heart, LAPD detective Chloe Decker, returns from an extended vacation - taken after she saw Lucifer's devil face for the first time and realised he was, in fact, exactly the man he always claimed to be.

New to the series but not to the Lord of Hell is Eve, his old flame, the original sinner. Her charms are as tempting to Lucifer now as the serpent's big, red apple was to her back in the day. Does she want revenge for her expulsion from Eden all those years ago, or something else entirely? Personal demons will be conquered, and crimes will be solved. But will things ever be right with Deckerstar again? Only time and 10 scandalous new episodes will tell.

DVD
Starring Hugh Laurie and written by David Hare, Roadkill, released on DVD and Blu-ray 9th November 2020 from Dazzler Media, is a fictional thriller about a self-made, forceful and charismatic ... END_OF_DOCUMENT_TOKEN_TO_BE_REPLACED
Hot PicksView

A psychological thriller set in the world of New York City ballet, Black Swan stars Natalie Portman as Nina, a featured dancer who finds herself locked in a web of competitive intrigue with a new rival at the company (Mila Kunis). A Fox Searchlight Pictures release by visionary director Darren Aronofsky, Black Swan takes a thrilling and ...