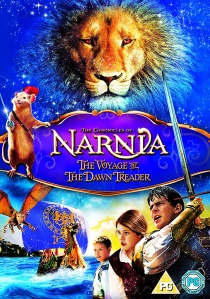 The Chronicles of Narnia: The Voyage of the Dawn Treader (2010)

Return to the magic and wonder of C.S. Lewis' beloved world - via the magnificent ship, The Dawn Treader - in The Chronicles of Narnia: The Voyage of the Dawn Treader on 18th April 2011 when this fantasy-adventure sails onto high-definition Blu-ray and DVD from Twentieth Century Fox Home Entertainment.

The Voyage of the Dawn Treader marks the return to Narnia for courageous voyagers Edmund (Skander Keynes) and Lucy Pevensie (Georgie Henley). Joined, against his will, by their cousin Eustace (Will Poulter) this latest expedition follows the three adventurers as they are swallowed into a painting and transported to the magical world. On their journey they connect with King Caspian (Ben Barnes) and a noble mouse named Reepicheep for a mission that will determine the fate of Narnia itself.

Through an extensive selection of special features led by King Caspian, kids and families will extend the journey and discover more of Narnia at home. Among the highlights to be explored on the Blu-ray voyage are: an interactive map showcasing more about this magical land and the seven secret islands; an all-new story extension - The Secret Islands: The Untold Adventures of the Dawn Treader; character discoveries; secret scenes; games and much more.

Related Articles
Detroit, Kids In Love, The Revenant, Glassland, The Maze Runner, Plastic, We're The Millers, Wild Bill, Son Of Rambow, Son of Rambo, Midsommar
Unlocked, Masters Of Sex, 7-49 Up
Seventh Son, Love Me Like You Do, Killing Bono, Gold Digger
For your consideration 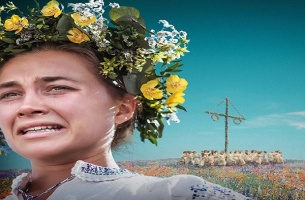