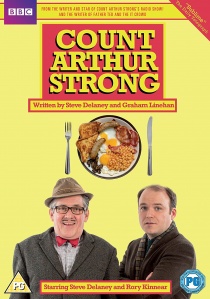 Count Arthur Strong - A man born to entertain an audience, whether they like it or not, is released on DVD on 19th August 2013, courtesy of 2entertain.

Variety star, bit-part actor, life model, medium, entrepreneur, enjoyer of all-day breakfasts and inexplicable Count, nothing is outside his area of expertise. Into Arthur's world comes Michael Baker, the son of his vastly more successful former double-act partner, Max. Michael (Rory Kinnear) is professionally and personally adrift, an author whose last shot at the popularity he craves is a book about his Dad, the King of Saturday Night... but last time he met Arthur he burst into tears and wet himself.

Thirty years on, it seems that Arthur is still capable of embarrassing him one way or another. The creator of Count Arthur, Steve Delaney, joins with Graham Linehan, (The IT Crowd, Father Ted) to bring this stage legend and BBC Radio 4 favourite to the screen at last.

Related Articles
Motherland, The IT Crowd: The Ultimate Boxset, The IT Crowd 4.0
The Mystery Of Edwin Drood, Trespass Against Us, Guerrilla, Man Up, The Casual Vacancy, The Imitation Game, Southcliffe, Vexed: Series 2, Vexed : Series 1, Brexit: The Uncivil War, Years and Years, Catherine the Great, Penny Dreadful: City of Angels
The Secret of Moonacre
Upstart Crow: Series 2, Upstart Crow: Series 3
For your consideration 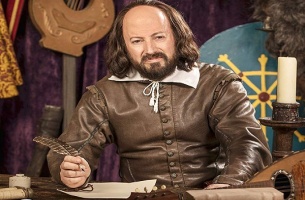