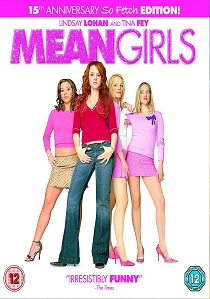 After living in Africa with her zoologist parents, Cady Heron (Lindsay Lohan) must brave the wilds of high school - where she is taken under the wing of the popular girls, The Plastics, led by the cool and cruel Regina George (Rachel McAdams). What follows is a treasure trove of sharp, witty humour that defined a generation, inspired a hit Broadway musical, and popularised countless catchphrases.

Co-Starring and written by Tina Fey, and featuring Amanda Seyfried, Lacey Chabert, Lizzy Caplan, Daniel Franzese, and Amy Poehler, Mean Girls is nothing short of a pop culture phenomenon and an iconic classic.

Related Articles
Bad Santa 2, Vampire Academy, Mr. Popper's Penguins, Ghosts of Girlfriends Past
Mariah Carey's All I Want for Christmas is You, Family Guy: Season 11, Ghosts of Girlfriends Past, Party of Five: Season 2
The House, Sisters, Inside Out, Free Birds, Blades Of Glory, Inside Out, Parks and Recreation: The Complete Series
Now You See Me 2, Allied, Now You See Me 2, The Night Before, The Interview, Masters Of Sex: Season 2, Masters Of Sex, Bachelorette, Cloverfield, Das Boot: Season 1
Christmas with the Coopers, Pan, Ted 2, While We're Young, A Million Ways to Die in the West, Cosmos: A Spacetime Odyssey, Lovelace, Les Misérables, Chloe, Jennifer's Body, Mamma Mia! - Special Edition, Mamma Mia!, Solstice, Gringo, Mamma Mia: 10th Anniversary Edition, Mamma Mia! Here We Go Again, The Art of Racing in the Rain, Scoob!, You Should Have Left, A Mouthful Of Air
Whiskey Tango Foxtrot, Sisters, Muppets Most Wanted, Megamind, Date Night, Soul, Soul
The Canyons, Labour Pains, Sick Note: Series 2
I Spit On Your Grave 2010
For your consideration 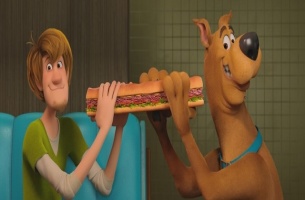 HotDVDBD
Scoob!, released on DVD and Blu-ray 28th September 2020 from Warner Home Video, is the first full-length animated Scooby-Doo adventure, and the never-before told stories of Scooby-Doo's origins and the greatest mystery in the career of Mystery Inc. END_OF_DOCUMENT_TOKEN_TO_BE_REPLACED
Comments
Hot Pick