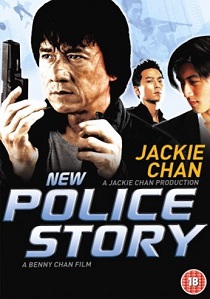 Chan (Jackie Chan) is the Hong Kong police's resident super cop; the most decorated and respected office on the force. When a gang of callous thieves addicted to extreme sports and video games breaks open a bank safe, then purposely activates the alarm and publicly challenges the police to stop them, Chan boasts that he will apprehend the gang within three hours, and leads his team of officers in an attack on the gang's powerbase.

However, the operation turns out to be a set-up and Chan's officers are brutally killed one by one. Among them is Rocky (Deep Ng), the younger brother of Chan's longtime girlfriend, Ho Yee (Charlie Young). The only survivor of the massacre, Chan, racked with guilt and shame, falls into a self-destructive spiral of alcoholic despair and becomes estranged from Ho Yee.

Frank (Nicholas Tse) is a rebellious, street-smart Hong Kong youth who longs to become a police officer. However, his late father's criminal background makes this an impossible dream. He finally gets his chance to play at being a detective when he unexpectedly meets his idol, Chan, stinking drunk in a dark alley and convinces him that he is a police officer.

Frank persuades Chan to return to work to resume his investigations into the case that broke him and eventually teams up with him in tracking down the gang of cop killers. As the police team moves closer and closer to their quarry, the ensuing mayhem - including a breathtakingly destructive bus chase sequence and an extended fight scene set in a Lego store! - provides a timely and unforgettable reminder of why Jackie Chan is considered one of the greatest international action superstars of his generation.