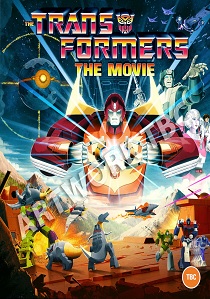 The year is 2005 ... For millennia, the heroic Autobots, led by Optimus Prime (Peter Cullen), have been at war with the evil Megatron (Frank Welker) and his Decepticons over control of their home planet of Cybertron.

However, an even greater threat - Unicron (Orson Welles, Citizen Kane), a colossal converting planet that devours everything in its path - is heading right for Cybertron. The only hope is the Autobot Matrix of Leadership. Will the Autobots be able to save themselves and their home world in time?

With a new 4k Transfer from the original film elements, The Transformers: The Movie - 35th Anniversary is released on Blu-ray and 4K UHD 25th October 2021 from Funimation.

UHD
With all the heart and humour audiences expect from Walt Disney Animation Studios, Big Hero 6, released on 4K UHD for the first time 30th August 2021 and exclusive to Zavvi, introduces you to a ... END_OF_DOCUMENT_TOKEN_TO_BE_REPLACED
Top PicksView