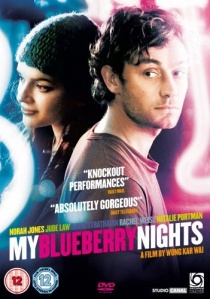 Acclaimed music star, Norah Jones plays a sensual, alluring young women who sets out on an unforgettable journey of discovery in pursuit of true love in My Blueberry Nights, released on DVD by Optimum Home Entertainment on 23rd June 2008.

In Wong War Kai's debut English language feature, the internationally acclaimed director takes his audience on a dramatic journey across the distance between heartbreak and a new beginning. After a rough break-up, Elizabeth (played by songstress Norah Jones in her screen debut) sets out on a journey across America, leaving behind a life of memories, a dream and a soulful new friend - a café owner (Jude Law) - all while in search of something to mend her broken heart.

Waitressing her way through the country, Elizabeth befriends others whose yearnings are greater than hers, including a troubled cop (David Strathairn) and his estranged wife (Rachel Weisz) and a down-on-her luck gambler (Natalie Portman) with a score to settle. Through these individuals, Elizabeth witnesses the true depths of loneliness and emptiness, and begins to understand that her own journey is part of a greater exploration within herself.

Related Articles
King Arthur: Legend of the Sword, The Young Pope, Spy, Black Sea, Dom Hemingway, 360, Contagion, Sherlock Holmes: A Game of Shadows, The Holiday: Gift Edition, Breaking and Entering, All The King's Men, Breaking and Entering, A Series of Unfortunate Events, A.I : Artificial Intelligence, Enemy at the Gates, Existenz, Gattaca, I Heart Huckabees, Road to Perdition, The Talented Mr. Ripley, Fantastic Beasts: The Crimes of Grindelwald, Captain Marvel, Vox Lux, The New Pope, The Rhythm Section, A Rainy Day in New York, Sherlock Holmes: A Game of Shadows, The Grand Budapest Hotel: The Criterion Collection, Gattaca, The Nest, Fantastic Beasts: The Secrets of Dumbledore
The Grandmaster
For your consideration 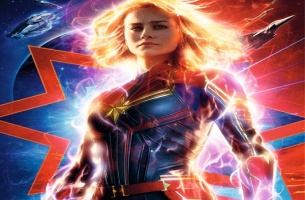