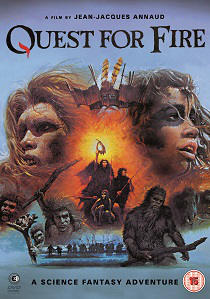 80,000 year ago a primitive tribe desperately guards its most valued possession, fire. They know how to tend it, how to use it, but its creation remains a mystery. During an attack by a neighbouring tribe their flame is lost and so begins an epic, obstacle-filled quest to find another source of the element so precious in their struggle for survival.

This multi-award winning film had its own special primitive language created by distinguished writer Anthony Burgess and the body language and gestures were choreographed by renowned zoologist Desmond Morris.

Quest For Fire is an extraordinary view of the dawn of man and a true original.

UHD
With all the heart and humour audiences expect from Walt Disney Animation Studios, Big Hero 6, released on 4K UHD for the first time 30th August 2021 and exclusive to Zavvi, introduces you to a ... END_OF_DOCUMENT_TOKEN_TO_BE_REPLACED
Top PicksView