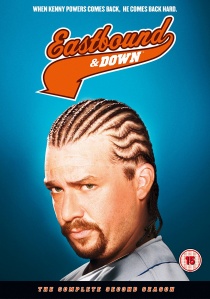 HBO's comedy excellence East Bound & Down returns for a second season - and when Kenny Powers comes back, he comes back hard! East Bound & Down : The Complete Second Season is released on DVD & Blu-ray on 10th October 2011 from HBO Home Entertainment. For the uninitiated an Eastbound & Down: Season 1 & 2 DVD Box Set is also released on the same day.

In Season 2, Danny McBride (Tropic Thunder, Pineapple Express) trades in his mullet for some bad-ass cornrows as he steps back into the shoes of uncouth Kenny Powers. McBride is joined for the ride by a rock solid cast including Steve Little (The Office, The Ugly Truth), Ana De La Reguera (Cowboys & Aliens, Nacho Libre), Michael Pena (The Lincoln Lawyer, Shooter), Marco Rodriguez (Due Date, Million Dollar Baby) and Efren Ramirez (Napoleon Dynamite, Crank).

Washed-up Major League Baseball star Kenny Powers was once on top of the world. Now, spurned by the big leagues and humiliated in his hometown after an offer to join the Tampa Bay Rays fell through, Powers quit his job, dumped his girlfriend at a gas station and headed off to Mexico to lick his wounds and live the outlaw lifestyle.

South of the border, Kenny re-invents himself with a new identity (as Steve Janowski) and gets seriously into cockfighting. However, the manager of the local baseball team 'The Charros' recognises Powers in the stands during one of their games and offers him a place in the team. Has Kenny's fresh start turned his life around for the better, or will his bad-ass ways get the better of him?

Packed with Kenny Powers cringingly low-key but side-splitting funny lines, this box set is definitely one for both fans of the show and fans of fist in mouth, outrageous comedy. 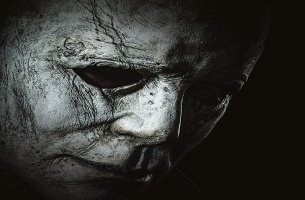