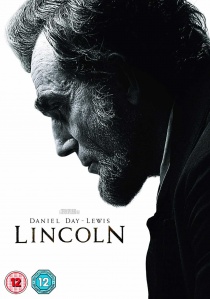 Own the moment in time that changed the course of history forever. The most important film of the year, Lincoln, from acclaimed Oscar®-winning director Steven Spielberg and DreamWorks Pictures will be available to own on high-definition Blu-ray, DVD and Digital HD from 10th June 2013 from Twentieth Century Fox Home Entertainment. With 12 Oscar® nominations including a Best Actor win for Daniel Day-Lewis, Lincoln is this year's must-own motion picture.

Inspired by the true-life events confronting Abraham Lincoln and his monumental moral and political challenge to amend the United States Constitution to permanently abolish slavery, Lincoln is a rich and compelling historical and human drama.

In-depth special features take viewers behind-the-scenes of director Steven Spielberg's life-long fascination with Lincoln and the 12 years it took to bring the story of one of history's and mankind's greatest triumphs to the screen.

UHD
Based on the bestselling comic book, Vin Diesel stars as Ray Garrison, a soldier recently killed in action and brought back to life as the superhero Bloodshot, available 8th June 2020 from Sony ... END_OF_DOCUMENT_TOKEN_TO_BE_REPLACED
Hot PicksView