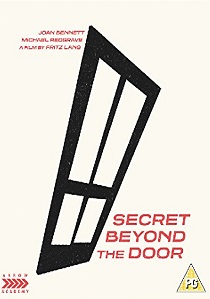 The Bluebeard legend has been adapted many times through the years. This classic film noir variation on the tale incorporates influences from Daphne du Maurier's Rebecca into the mix, with gripping results.

Soon after architect Mark Lamphere (Michael Redgrave; Dead of Night) marries Celia (Joan Bennett; Suspiria), she gradually begins to suspect that he has a past life that he's been keeping from her. But she doesn't know the half of it, and when he leaves on a business trip, she starts to uncover the sinister secret of his purpose-designed house and its apparent surplus of rooms, the seventh of which is kept firmly locked. What lies beyond its door?

From the strongly expressionist use of symbolic flowers and shadows in the opening sequence, legendary director Fritz Lang (Metropolis, M) stamps his artistic signature on every frame, helped by suitably high-contrast cinematography by Stanley Cortez (The Night of the Hunter) and a score by composer Miklós Rósza (The Killers) that insinuates itself into every emotional nook and cranny

Secret Beyond The Door is released on Blu-ray 25th June 2018 from Arrow Academy. 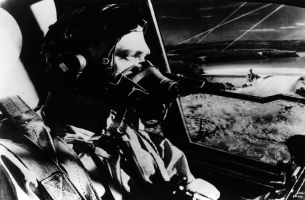