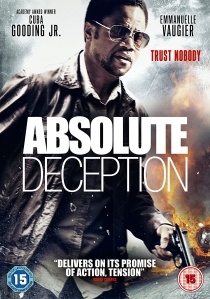 When FBI agent John Nelson's (Cuba Gooding Jr.) key informant, Miles, is abducted and shot, all that's left is a severed finger. Nelson travels to New York to speak to Miles' wife, Rebecca, who had believed her husband had died years before.

It turns out that Miles had been living a double life, so the pair travel to Australia's Gold Coast to find out what really happened. As more layers of Miles secret life are exposed they discover there are people who will stop at nothing to stop them finding out the truth.

BD
The end of the line is only the beginning in a wild, non-stop thrill ride through modern-day Japan as Bullet Train is released on DVD, Blu-ray and 4K UHD 24th October 2022 from Sony Pictures Home Entertainment END_OF_DOCUMENT_TOKEN_TO_BE_REPLACED
Top PicksView