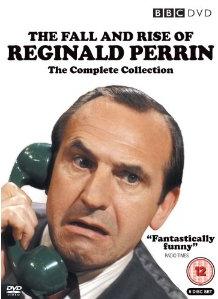 NewsComedyBoxsetLeonard Rossiter
News Article Go back to homepage
Adapted by David Nobbs, The Fall and Rise of Reginald Perrin, is one of the wittiest, silliest, most quoted and most popular cult comedies of all time. Featuring all three series, it is released on DVD from April 27th 2009 from 2entertain.
Leonard Rossiter, Bruce Bould, Trevor Adams, Sue Nicholls, John Barron, Pauline Yates
John Howard Davies, Gareth Gwenlan
John Howard Davies, Gareth Gwenlan
2entertain
14 hours 5 minutes
27/04/2009
Thank you for supporting DVD365.net when you order using the link(s) below. As an Amazon Associate we earn from qualifying purchases
Buy DVD
Information

Adapted by David Nobbs, from his novel of the same name, The Fall and Rise of Reginald Perrin, is one of the wittiest, silliest, most quoted and most popular cult comedies of all time. Featuring all three series of this hilariously funny yet incredibly dark comedy, The Fall and Rise of Reginald Perrin, is released on DVD from April 27th 2009 from 2entertain. This definitive collection also includes the post-Reggie series The Legacy of Reginald Perrin, the special 1982 Christmas short and Comedy Connections, the BBC documentary on the making of the series - a fabulous tribute to a classic comedy.

Starring Leonard Rossiter, The Fall and Rise of Reginald Perrin tells the story of a man desperate to escape his loving but dull marriage, disappointing offspring and the daily grind of his job. For Reginald Iolanthe Perrin, a 46-year-old senior sales executive with Sunshine Desserts, every day is the same dreary routine. One day he just disappears, leaving his monotonous life behind him. All that is left is a neat pile of clothes on the beach.

Exit Reggie, enter Donald Potts, jobbing gardener, ex-convict and drunkard. But he misses his wife Elizabeth, so in a new guise as Martin Welbourne, Reggie remarries, gets his old job back, and life continues much as it did before - until his secret is discovered and he is sacked for being Reggie Perrin after all.

In series two Reggie opens Grot, a shop selling useless junk. Soon Grot is a big empire with Reggie's ex-boss CJ and all his sycophants as happy employees. But Reggie is convinced he has spawned a monster so once more heads for the beach.

In the third and final series Reggie leaves the rat race behind and opens a commune, a haven from the competitive, commercial world. Setting his helpers (family, friends and CJ) to tasks most unsuited to their characters, Reggie expects only to fail. But again, Reggie is an enormous success. Just how long can it last?

The popular 70's satire on modern life was revived in the 90's, after the sad death of Rossiter. In The Legacy of Reginald Perrin good ol' Reggie has left a surprising amount of money to each of his friends, family and acquaintances. But he's also planned the last laugh. They can only claim the money if they succeed in doing something totally and utterly absurd.