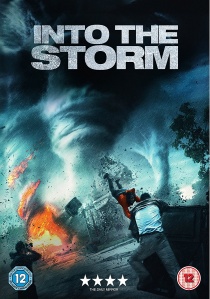 Take cover when Into the Storm arrives onto Blu-ray, DVD and Digital HD on 15th December 2014 from Warner Home Video. Directed by Steven Quale (Final Destination 5) and starring Richard Armitage (The Hobbit: An Unexpected Journey, The Hobbit: The Desolation of Smaug), Into the Storm is an action-packed disaster thriller that you will never forget.

In the span of just a few hours, the city of Silverton is ravaged by an unprecedented onslaught of the most furious twisters they've ever seen. The entire town is at the mercy of the erratic and deadly cyclones, even as storm trackers predict the worst is yet to come. Most people seek shelter, while others run toward the vortex, testing how far a storm chaser will go for that once-in-a-lifetime shot.

Told through the eyes and lenses of professional storm chasers, thrill-seeking amateurs and courageous townspeople, Into the Storm throws you directly into the eye of the storm to experience Mother Nature at her most extreme.

HotDVDBDUHD
Released on DVD, Blu-ray and 4K UHD 16th September 2019 from Lionsgate Home Entertainment, super-assassin John Wick is back and on the run after killing a member of the international assassin's guild, and with a $14 million price tag on his head - he is the target of hit men and women everywhere. END_OF_DOCUMENT_TOKEN_TO_BE_REPLACED
Hot PicksView