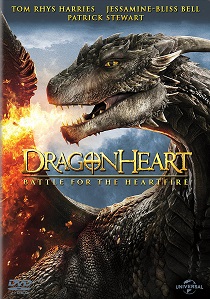 Dragonheart: Battle for the Heartfire (2017)

Patrick Stewart stars as the voice of Drago in the all-new epic action adventure Dragonheart: Battle for the Heartfire, debuting on DVD on 24th July 2017 from Universal Pictures (UK).

Distinguished producer Raffaella De Laurentiis makes a triumphant return with a fresh installment of the legendary fantasy franchise that has delighted audiences worldwide. Packed with thrilling adventure and stunning visual effects, Dragonheart: Battle for the Heartfire showcases extraordinary special features including a featurette on the magic behind Drago and a behind-the-scenes look at the making of the film.

Patrick Stewart voices Drago the magnificent dragon who became bonded with King Gareth. When the king dies, his potential heirs, twin grandchildren who possess the dragon's unique strengths, use their inherited powers against each other to vie for the throne. When Drago's source of power - known as the Heartfire - is stolen, more than the throne is at stake; the siblings must end their rivalry with swords and sorcery or the kingdom may fall. 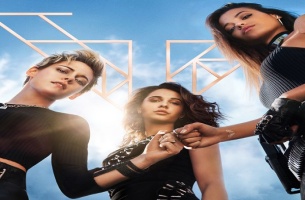