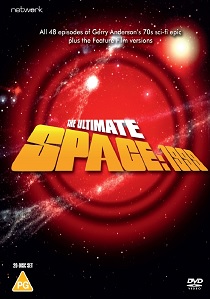 September 13th, 1999... A nuclear waste dump on the Moon unexpectedly detonates, blasting it out of orbit and taking the inhabitants of Moonbase Alpha on a fantastic voyage of discovery to the stars, fraught with danger at every turn!

Featuring all 48 episodes and the feature film versions, the 70s epic Space 1999: The Ultimate Collection is released on DVD and Blu-ray 28th March 2022 from Network.

BD
From the acclaimed director of fan-favourites such as Baby Driver, Shaun of the Dead and The World's End comes the tribute to 1960s London in Last Night In Soho, available to own on DVD, Blu-ray and 4K UHD 31st January 2022 ... END_OF_DOCUMENT_TOKEN_TO_BE_REPLACED
Top PicksView