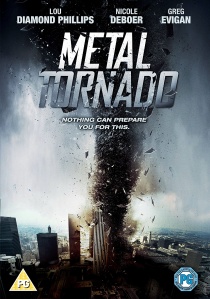 When magnetic tornadoes are discovered on the planet Mercury, astronomers are amazed by the power they can generate. Believing that this may be the way towards an endless supply of renewable energy, scientists with the Helios Project begin studying the magnetic fields on Earth.

Soon they realise that this may not be the gift they all thought it would be when their experiments run wildly out of control and create a devastating magnetic vortex which becomes the first metal tornado on Earth! With the tornadoes cutting a swath of devastation in their wake, it's up to the scientists of the Helios Project to stop this disaster. Can they stop this wave of destruction before it consumes everything in its path?