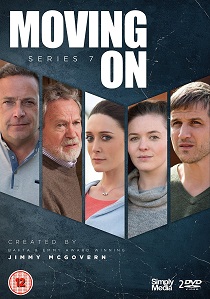 Moving On returns for another brilliant series featuring a stellar line up of actors including Eastenders' Shane Richie, Cold Feet's John Thomson and Julie Hesmondhalgh (Coronation Street). Moving On: Series Seven arrives on UK DVD for the very first time.

Created by multi award-winning writer Jimmy McGovern (Cracker), this critically acclaimed long running series features stand-alone episodes with seven series to date and an eighth in production. Moving On explores complex issues all linked by the common theme of characters who reach a turning point in life... and then move on.

BD
In Brian And Charles, released on DVD and Blu-ray 10th October 2022 from Mediumrare, an inventor lives alone in a remote village in the countryside, inventing useless things out of found objects in his garage. That is until ... END_OF_DOCUMENT_TOKEN_TO_BE_REPLACED
Top PicksView