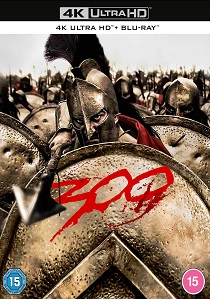 Arriving on 4K UHD 4th October 2020, based on the epic graphic novel by Frank Miller (Sin City), Warner Home Video proudly presents, 300, an epic adventure of passion, courage, freedom and sacrifice embodied by the legendary Spartan warriors who fought one of the greatest battles in history.

In this ferocious retelling of the Battle of Thermopylae based on the epic graphic novel by Sin City creator Frank Miller, King Xerxes of Persia (Rodrigo Santoro -- Lost) amasses an army of hundreds of thousands, drawn from Asia and Africa, to invade and conquer the tiny, divided nation of Greece in 481 B.C.

But when the advancing Persian forces enter the treacherous mountain pass of Thermopylae, they encounter Spartan King Leonidas and his royal guard of soldiers numbering just 300. According to legend, their valor and sacrifice inspired all of Greece to unite against the Persian foe, planting the seeds of democracy and ushering in the Golden Age of Greece.

Frank Miller's graphic novel is faithfully recreated by visionary director Zack Snyder (Dawn of the Dead) in an intense blend of live-action and CGI animation. Featuring outstanding performances from Gerard Butler (The Phantom of the Opera), Lena Headey (The Brothers Grimm), David Wenham (The Lord of the Rings Trilogy), Dominic West (Van Helsing) and Vincent Regan (Troy) 300 is a visual masterpiece, an assault on the senses and represents truly groundbreaking moviemaking. 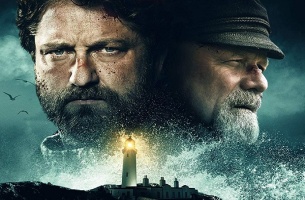 HotDVDBD
Based on a true story, some treasures are better left unfound when The Vanishing arrives on Blu-ray and DVD 6th May 2019 from Lionsgate Home Entertainment. END_OF_DOCUMENT_TOKEN_TO_BE_REPLACED
Comments
Hot Pick

HotBD
Combining the bio-horror elements of his earlier films whilst anticipating the technological themes of his later work, Videodrome, released on Blu-ray from a restored high-definition digital transfer by Arrow Films on 7th December 2015, exemplifies Cronenberg's extraordinary ... END_OF_DOCUMENT_TOKEN_TO_BE_REPLACED
Top PicksView