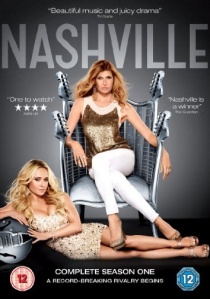 Released on DVD by Lionsgate Home Entertainment on 15th July 2013, country gets dirty as two of its major stars go to war! In Nashville, the established 'Queen of Country' is upstaged by a successful newcomer but won't give up her crown that easily in this new smash-hit TV series starring Hayden Panettiere (Heroes, Malcolm In The Middle) and Connie Britton (The West Wing, 24).

Faded country music star Rayna Jaymes (Britton) is asked by her record label to support new young, best-selling star Juliette Barnes (Panettiere) on tour after her own records don't sell so well. Rayna puts her career at risk by rejecting the idea of a joint tour because she can't stand Juliette's new style of 'bubble-gum country'. But the two women come into conflict when they try to sign up the same guitarist, Rayna's bandmate and former lover Deacon Claybourne (ER's Charles Esten).

You have to be able to fight as well as sing to make it big in Nashville... 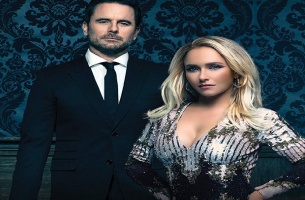 BD
After more than thirty years of service as one of the Navy's top aviators, Pete 'Maverick' Mitchell is back where he belongs as Top Gun: Maverick flies onto DVD, Blu-ray and 4K UHD 31st October 2022 from Paramount Home ... END_OF_DOCUMENT_TOKEN_TO_BE_REPLACED
Top PicksView